Over the last thirty years, Tahir Shah has roamed the furthest limits of the world, and produced a stupefying body of travel literature, embracing a cornucopia of quests.

He has sought out the so-called Birdmen of Peru, studied magic with the godmen of India, searched for the mysterious lost city of the Incas, and for the fabled lost treasure of Mughal India.
Shah has noted that seeking out the hidden underbelly of the lands through which he travels is centrally important to him. The themes of zigzagging adventure, spontaneity, and walking a path that’s utterly original are found throughout his travelogues.
As far as Shah is concerned, ‘Travel itself is not only the destination, but the greatest teacher, confidant, and friend. Forward movement enables a mysterious kind of alchemy to occur, in which the mind is freed from the restrictions and biases of daily life.’
Wide-ranging in scope, The Tahir Shah Travel Reader contains full-length chapters from many of the bestselling books that have made Shah’s name. They include chapters from –
Beyond the Devil’s Teeth
House of the Tiger King
In Arabian Nights
Journey Through Namibia
Sorcerer’s Apprentice
The Caliph’s House
Three Essays
The Clockmaker’s Box
Trail of Feathers
Travels With Myself
Travels With Nasrudin 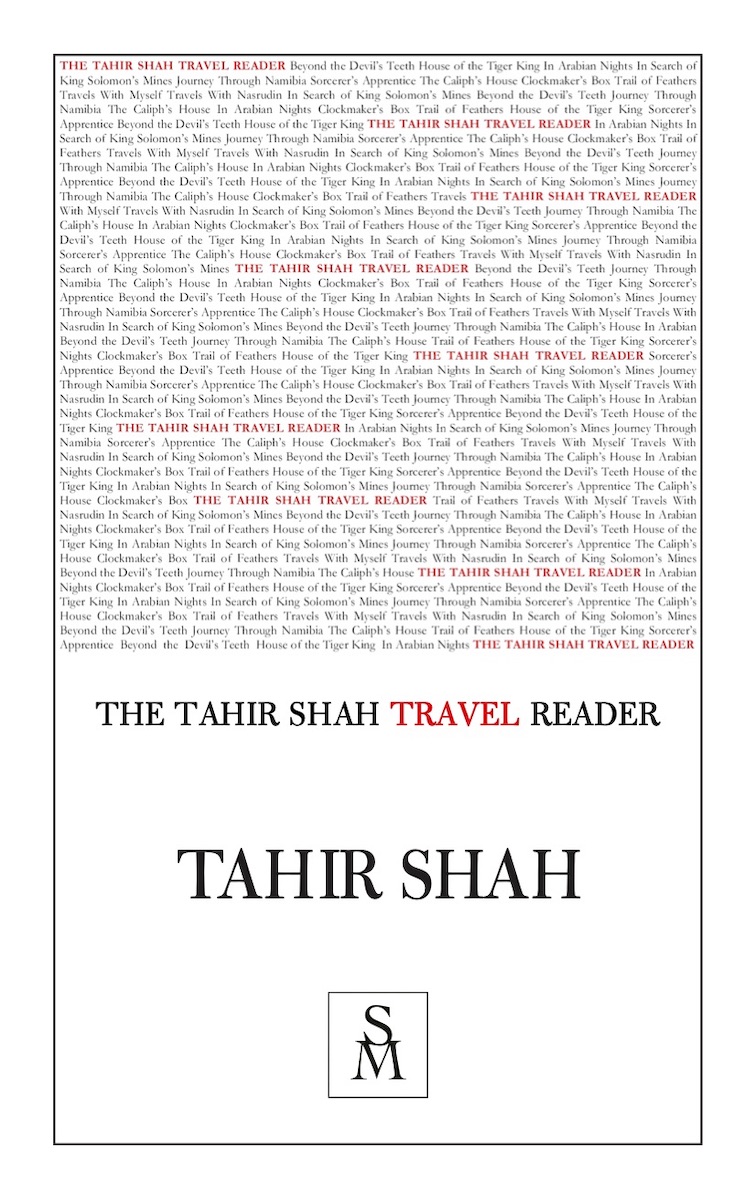