Although Tahir Shah began his writing career with travel literature, in recent years he has embraced the realm of fiction, producing groundbreaking work on an awe-inspiring scale.

His first work within the genre was Timbuctoo, a major foundation stone of historical fiction. A series of trailblazing bestselling novels quickly followed, positioning Shah as a supreme force in imaginary realism, worthy of Borges and Chatwin.
Shah’s fictional corpus includes the first three titles within the Jinn Hunter series – a vast fantastical universe inspired by the realm of A Thousand and One Nights. It also includes Hannibal Fogg and the Supreme Secret of Man, a novel that is as breathtaking in scope as it is in ingenuity.
In addition, Shah’s works of fiction encompass the hilarious trilogy of the wise fool of Oriental folklore, Nasrudin, and a dazzling array of short novels and stories – from the mesmerizing Eye Spy to Godman, and from Casablanca Blues to Scorpion Soup.
The Tahir Shah Fiction Reader includes chapters from –
Eye Spy
Godman
Casablanca Blues
Hannibal Fogg and the Supreme Secret of Man
Jinn Hunter: Book One – The Prism
Jinn Hunter: Book Two – The Jinnslayer
Jinn Hunter: Book Three – The Perplexity
Casablanca Blues: The Screenplay
Paris Syndrome
Scorpion Soup
Timbuctoo: The Screenplay
Tales Told to a Melon
The Arabian Nights Adventures
The Misadventures of the Mystifying Nasrudin
The Peregrinations of the Perplexing Nasrudin
The Voyages and Vicissitudes of Nasrudin
Timbuctoo 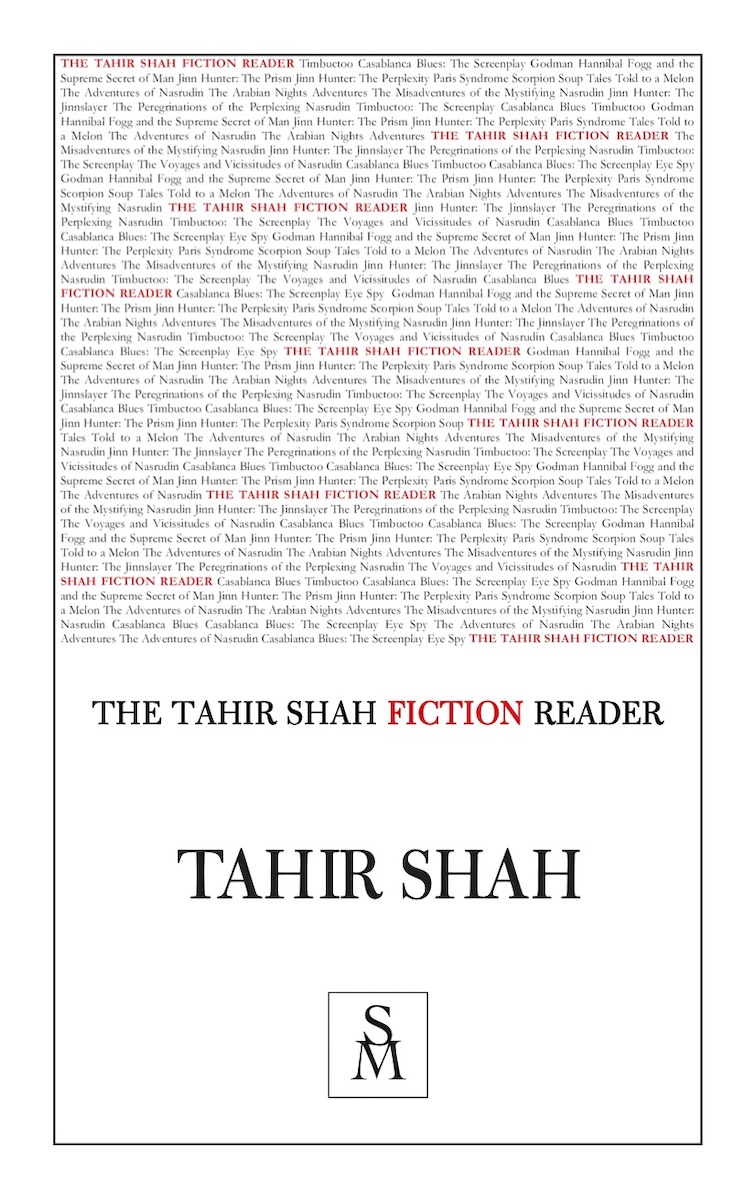