Hannibal Fogg and the Supreme Secret of Man

Through a life cloaked in mystery, Edwardian polymath Hannibal G. Fogg pushed the boundaries of exploration, science and code-breaking – producing feats of unrivalled cerebral dexterity. Hailing from a landed family, Fogg was a confidant to world leaders, a soldier, swordsman, prolific author, inventor, collector, and quite probably the most extraordinary man ever to have lived. But, while such genius won him accolades and fame, it also fanned the flames of envy. Unable to take Fogg’s triumphs any longer, the British establishment sought to have him discredited. His life work was publicly destroyed in what was to become known as the ‘Great Foggian Purge’. Banished from England, he lived out his days in secrecy – before disappearing on an expedition to Manchuria in the winter of 1939. Almost eight decades passed. Then, one morning William Fogg receives a letter from a legal firm in London, claiming he’s the sole inheritor to his great-great-grandfather’s Estate. Knowing almost nothing of his forebear, he takes possession of the single object left in the bequest – a large rusty iron key… the key to a door in Marrakesh. And there begins the treasure trail of mystery, danger and uproar, as William pieces together the clues left for him by Hannibal Fogg. Zigzagging through five continents, the quest reveals how Alexander the Great was never beaten in battle. By completing the life work of Hannibal, William Fogg strives to lift the veil on the Supreme Secret of Man.

First in a series of ground-breaking adventure novels from master storyteller, Tahir Shah, Hannibal Fogg and the Supreme Secret of Man is unlike anything published in recent times. Ten years in the making, it’s as worldly and wise as the indefatigable Hannibal Fogg. By the celebrated author of The Caliph’s House, a TIME Top Ten Book of the Year. 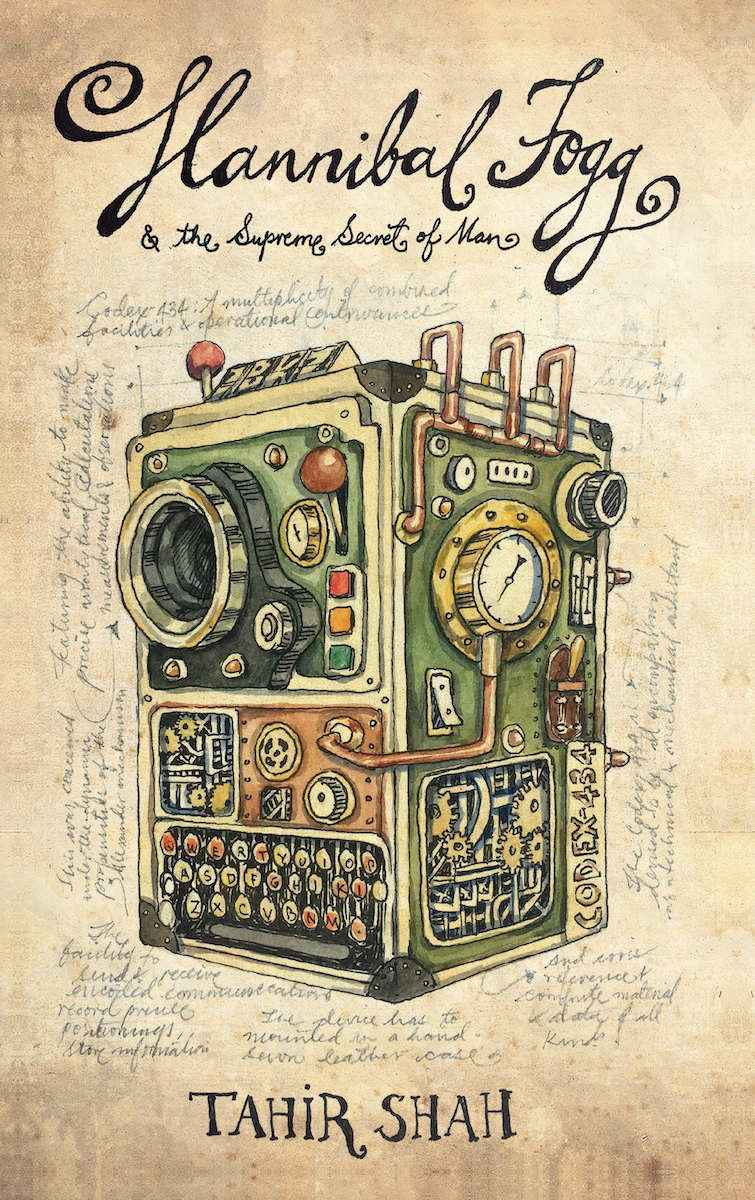